CAIRO – 15 October 2017: As a tourist destination, Egypt is entering a very promising winter season, as all booking statistics indicate under the current circumstances of political stability and safety in the country.

After the number of tourists to Egypt increased notably during the last summer season in comparison to the summer season of 2016, it is expected that Egyptian tourism will continue recovering.

Ali Okda, manager of a travel company and the Egyptian representative of the German Company FTI, has revealed that booking rates are great.

He added that the number of flights to Egypt organized by his company increased from 70 flights to 144 in November, as the company aims to increase the number of tourists traveling to Egypt from Germany, Switzerland, Austria and France.

He noted that Hurghada has the highest number of flights, with 102 flights to the city each week.

Okda also predicted that flights between Moscow and Cairo will be resumed by the end of October, according to statements by Russian officials, assuring that the stability of the political scene in Egypt has helped greatly in improving the status of tourism.

On the other hand, Mohamed Othman, a member of the marketing committee for Upper Egypt, stated that the winter season is quite promising for cultural tourism, assuring that the gradual increase of tourist numbers in Luxor and Aswan will hopefully exceed the 2010 peak eventually.

Othman added that there is a spike in numbers of Chinese and Indian tourists visiting Upper Egypt, expecting the numbers of Chinese tourists to have reached 300,000 by the end of 2017, noting that more and more nationalities are becoming attracted to cultural tourism, such as Italians and Scandinavians, as a result of the efforts exerted by travel companies in advertising traveling to Upper Egypt.

Othman also announced that flights from Japan, Paris and Spain will be returning by the end of October, in addition to an increase in German flights to Luxor. He further noted that Thomas Cook will be resuming flights to Egypt from London and Manchester by the end of November.

Another brick in the wall

Egypt’s tourism revenues jumped 211.8 percent year on year to $5.3 billion in the first nine months of 2017, a government official said on Wednesday, as the industry starts to recover after years of political upheaval that drove visitors away.

The tourism sector is one of the country’s main sources of foreign currency but it has struggled since a 2011 uprising that led the then president to step down.

A currency float tied to a $12 billion International Monetary Fund program signed last year has also helped give the country a competitive edge.

“Tourism revenues jumped to $5.3 billion in the first nine months of 2017 compared with $1.7 billion the year before … The improvement in numbers came from an increase in tourists’ average spending to $88.2 per night,” said the official who requested anonymity.

The number of tourists who visited Egypt in that time jumped 55.3 percent to 5.9 million, with European visitors reaching 3.2 million, an 85 percent increase from the previous year, he added.

The number is still well below the 14.7 million who visited Egypt in 2010 before the uprising.

The industry took a blow when Russia, once responsible for a large portion of visitors to Egypt’s popular Red Sea resorts, banned its flights to the country following a plane crash in 2015 that killed over 200 people.

Sokolov: Russia has not yet received an invitation to visit the Egyptian airports

Russia has not yet received an invitation from Egypt to inspect the airports of Hurghada and Sharm El-Sheikh, specialists are ready to go as soon as we receive it, told journalists the head of Ministry of transport of Russia Maxim Sokolov.

In July of this year, experts from Russia checked the security measures to the second terminal of the Cairo international airport and gave a positive assessment. Later Sokolov said that there are prerequisites for the resumption of flights to Egypt this year. He also stressed that after the decision of the Russian airlines will need about a month to start flying.

«If necessary, in case of receipt of the relevant invitation (to visit for inspection)… not Yet (invitations), but the year is not over,» said Sokolov, answering the question whether Russian aviation specialists Egypt to check airports this year.

Russia suspended the flights to Egypt in November 2015 after the collapse of the Sinai to the plane of the Russian airline «Kogalymavia» flying from Sharm El Sheikh to Saint Petersburg. On its Board there were 217 Russian tourists and seven crew members. They all died. Subsequently, the FSB has described the incident as a terrorist attack. Work to determine the causes of the crash is still ongoing.

LIFTING THE BAN ON UK FLIGHTS TO SHARM EL SHEIKH

That this House welcomes the successful implementation of the UK-Egyptian joint action plan and substantial investment in upgrading security at Sharm El Sheikh airport using UK expertise in transport and security services; understands that Sharm El Sheikh airport is now considered by Department for Transport officials as one of the safest airports in the world; further notes that the UK Foreign Office safety categorisation for Sharm El Sheikh is green meaning that it is assessed as safe; acknowledges the reinstatement of flights to Sharm El Sheikh from other European countries including Germany, Italy and Belgium and the resumption of holiday flights from the UK to Tunisia; and calls on the Government to review the situation urgently, taking account of updated security advice and to consider lifting immediately the ban on flights from the UK to Sharm El Sheikh.

UK to end ban on flights to Sharm El Sheikh 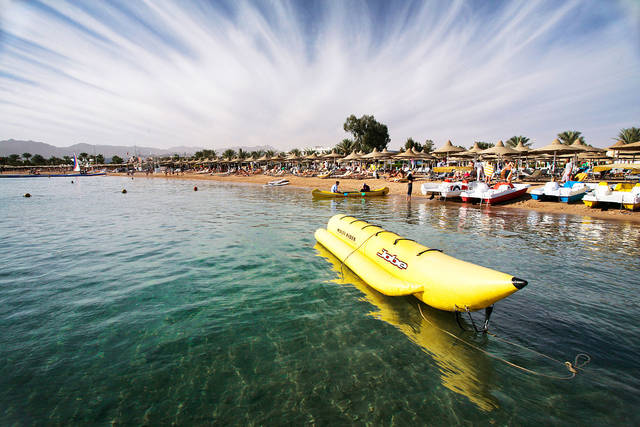 An alliance in the House of Lords supports the British government lifting the ban, according to the newspaper.

40 lords have asked the government to lift the ban, as they believe that Egypt is committed to all the necessary security measures in Sharm El Sheikh Airport, as per the international standards, and after most of other countries have resumed their flights to Egypt.

Some of the biggest British companies will soon recommence trips to a number of destinations in Egypt, including Hurghada, Luxor, and Marsa Alam.